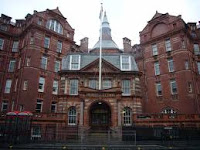 A fully-funded PhD studentship is available at the London Centre for Nanotechnology, University College London in the area of cell biology under the supervision of Dr Guillaume Charras.

The ability to migrate is an essential feature of most animal cells. During development, motion of cells is required for morphogenesis (e.g. gastrulation, organogenesis). In adult animals, cell motility plays an important role in normal physiology (e.g. to combat infection) and disease (e.g. cancer metastasis). Although cell motility has been intensely studied, the overwhelming majority of the research effort has so far focused on just one mechanism of locomotion, prevalent when cells are cultured on glass substrates: lamellipodial-based migration. However, when migrating in 3D environments, cells can utilise other modes of motility in addition to lamellipodial motility. An increasing number of studies point to the importance of blebbing motility which is based on the formation of blebs at the leading edge. Blebs are quasi-spherical membrane protrusions that grow and disappear in minutes. They are initially devoid of F-actin but after bleb growth stops, an actin-rich cortex regrows under the membrane. Blebbing motility is essential for some embryonic cells during development. White blood cells can migrate using bleb-like protrusions when placed in 3D matrices. Some metastatic cancer cells can use blebbing motility to escape anti-tumour treatments, which block lamellipodial motility by targeting protease activity. Other tumour cells use blebs to cross the endothelium to invade tissues.

For blebbing to be translated into movement, cells need to exert forces on the extracellular environment and translocate their mass. During lamellipodial motility, cell-body translocation is achieved by contraction of the cell rear coupled to adhesion of the lamellipodium to the substrate and forward protrusion.. In contrast, hardly anything is known about the sequence of events leading to motion in blebbing motility. Whether or not blebs actually adhere to the substrate is unknown. However, since blebbing motility is much more efficient when cells are sandwiched between two surfaces, this suggests that pushing forces against the substrate, in addition to pulling on adhesions, could be involved. Little is known about F-actin cortex dynamics and its regulation during blebbing motility.

In summary, our understanding of blebbing motility lags far behind that of lamellipodial motility. This proposal aims to explore the cellular and molecular mechanisms underlying bleb-based migration, an important yet understudied mode of cellular motility. Using a cell line that uses bleb to locomote (Walker carcinosarcoma cells), we will focus on two main objectives:

2) Investigating the molecular mechanisms of movement in blebbing motility

University College London is situated in the heart of London and is consistently ranked in the top 30 universities worldwide. The London Centre for Nanotechnology has state-of-the-art facilities and has significant expertise in surface micropatterning for live cell culture, scanning probe microscopy, and optical microscopy of living cells. Strong links with the biology departments of University College London make this project truly multi-disciplinary.

Candidates should have a strong academic record: Bachelor’s degree or equivalent in Molecular Cell Biology with a first or an upper class second. This project involves a significant experimental component and previous experimental research experience is desirable. Research experience in cell culture, molecular biology, and fluorescence microscopy is a plus. The stipend is of the order of £15k per year and tuition fees will be covered. Funding is available to UK and EEA candidates. Interviews will occur on a rolling basis until the position is filled.

Suitably qualified candidates interested in performing cutting edge research in a multidisciplinary scientific environment in order to understand blebbing motility should send their CV to Dr Guillaume Charras (g.charras@ucl.ac.uk, Official Website . Interviews will take place on a rolling basis until the position is filled.